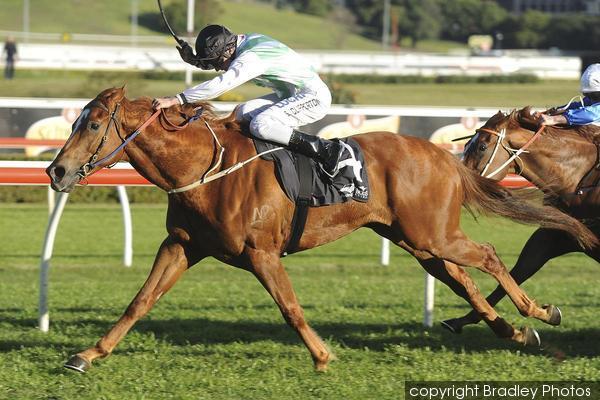 The son of Dubawi hadn't seen a dry track at his last five starts and Quinton said plenty of people have been fooled by his pedigree.

"The Dubawis tend to like the wet but this is one that doesn't," he said.

"He gallops well and we were just waiting for that dry track so he could show what he's capable of."

It's the second time Boss Lane has posted a victory when racing second-up and Quinton said he might look for a stakes race for the four-year-old.

Boss Lane defeated the Kris Lees-trained Brook Road ($4.40) by 1-1/4 lengths with three-quarters of a length to the David Pfieffer-trained Atmospherical ($3.20fav) in third.

BOSS LANE:  Sat outside the lead and was too strong for the members of the fairer sex. He's a dry track commodity that could easily pick up another stakes race.