Master Harry shows another side to Quinton 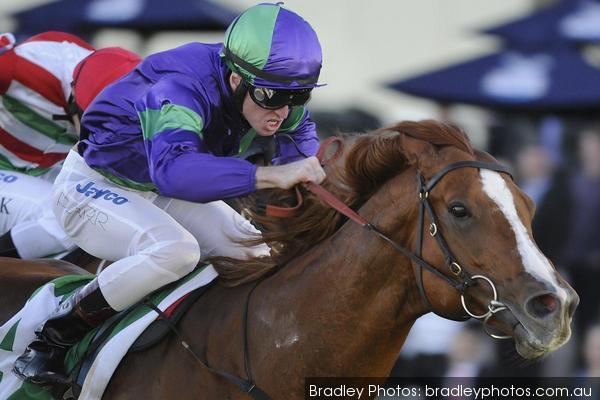 Ron Quinton can now add rejuvenator of older horses to his list of racing achievements.

It is easy for trainers to be pigeon-holed as having a knack for a certain breed, a certain type, a certain sex.

For Quinton it has been his affinity with fillies and mares such as Group One winners Bulla Borghese and Ofcourseican that has attracted the most accolades.

Through recent acquisition Master Harry, he has had the chance to showcase another side to his talents.

When the horse arrived at Quinton's stable he came with a challenging profile.

A Group Two winner for Peter Moody at three, Master Harry lost his way and was retired to stud.

But after he attracted only a handful of mares, the decision was made to give him another chance as a racehorse.

The five-year-old will have his fifth start for Quinton in the Alpha Flight Services Handicap (1100m) at Rosehill on Saturday.

He comes into the race a last-start winner, his first victory since his three-year-old season.

Quinton admits that coaxing a one-time stallion back to the winner's list has been satisfying.

"Particularly when people say I'm a fillies' trainer. It's good to get a five-year-old stallion back and winning," he said.

"And people forget my best galloper was (Group One winner) Easy Rocking and he was a colt."

The youngster is poised to claim the Sydney apprentices' title this season, an achievement Quinton says has come on the back of hard work.

"He has progressed really well and over the last two or three months he's taken huge steps in his riding," Quinton said.

Clipperton has five rides at Rosehill as he seeks to build on his 26 city wins for the season.

But with the youngster's claim down to 1-1/2 kilos, Quinton knows Clipperton needs to keep improving so he can compete for rides with the senior hoops once he loses his allowance.

"He is down to one-and-a-half kilos now so the battle is going to get a bit tougher," Quinton said.

"I urge trainers to keep supporting him, as I will do, because unfortunately the mindset seems to be that once their claim comes down, they (trainers) start off with a new three-kilo claimer."

Master Harry is Clipperton's best chance on Saturday according to early markets which have him at $7 behind joint $4.20 favourites Choice Words and Whitlam.