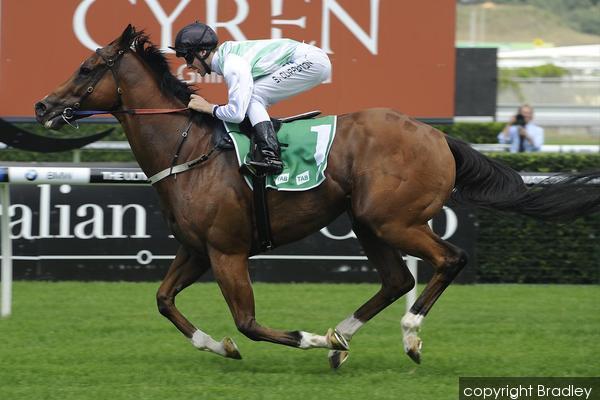 Randwick trainer Ron Quinton was given a "wonderful" birthday present when his stable stalwart Monton was guided to victory in the Cyren Restaurant & Bar Handicap (1600m) by his stable apprentice Sam Clipperton at Randwick on Saturday.

Quinton said he's "lost count" when asked his age. On Saturday he celebrated his 66th birthday.

"It makes the win that bit more special," Clipperton said. "I'm so happy to get this horse home for Ron. He's been such a special horse to the stable and it's just great to see him flying like he is."

Monton shot away to score an easy win with Lunayir and Court Connection working home in encouraging fashion to battle out the placings while all jockey Tommy Berry could offer was "disappointing" for the weak finish of Our Desert Warrior, who clocked in fifth.

"He's running in great fettle at the moment," Quinton said. "To be honest it looked pretty good along way out.

Monton ($4) defeated the Chris Waller-trained Lunayir ($13) by two lengths with Court Connection ($51) from the Kurt Goldman stable, a short half head away in third. Our Desert Warrior started at $1.60.

Quinton said Monton will now head to the Group I Chipping Norton Stakes (1600m) at Warwick Farm in a fortnight. The seven-year-old gelding ran second in the race last year.