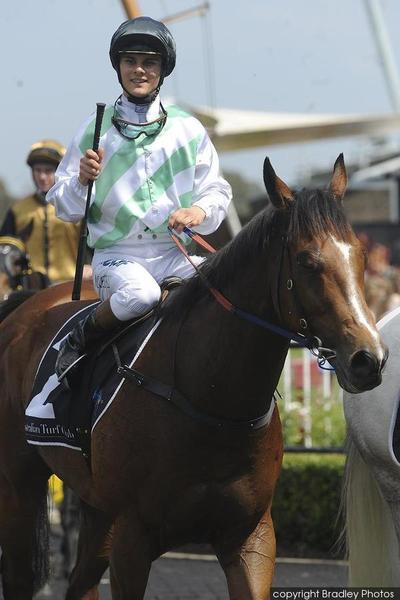 Ron Quinton has finally revealed the secret behind Monton's longevity and luckily for the horse there is no pressure to look good in heels.

"He's got legs on him like tree trunks," Quinton said.

"He's sound, that's the big thing with him."

The eight-year-old used them to propel himself to victory in Saturday's Sydney Markets Filante Handicap at Rosehill, his 10th success during a 53-start career which has included three stakes wins.

Quinton's stable apprentice Taylor Marshall did the piloting, settling second outside leader Spurtonic before the $2.50 favourite took control halfway up the straight and kicked strongly to deny the fast-finishing I'm Imposing ($5) by a neck.

Disciple ($10) was another short head away third.

Monton had been competitive against top sprinter Terravista and Caulfield Cup runner-up Lucia Valentina earlier this spring and his win took his earnings to just shy of $900,000.

While he has been a money-spinner for his owners and trainer, he has also been significant in the careers of Quinton's stable apprentices.

Monton gave Sam Clipperton his first black-type win in the 2011 Festival Stakes and on Saturday helped Marshall return to the spotlight.

The youngster had a spectacular introduction to city racing last May when he won the Lord Mayor's Cup on Zephyron but his opportunities have been limited in recent months.

He rode all three of Quinton's runners on Saturday and the trainer says the son of former champion rider John Marshall has a bright future.

"He's got miles of improvement in him yet and he'll get there in the end. He's a good boy and he comes from good stock," Quinton said.