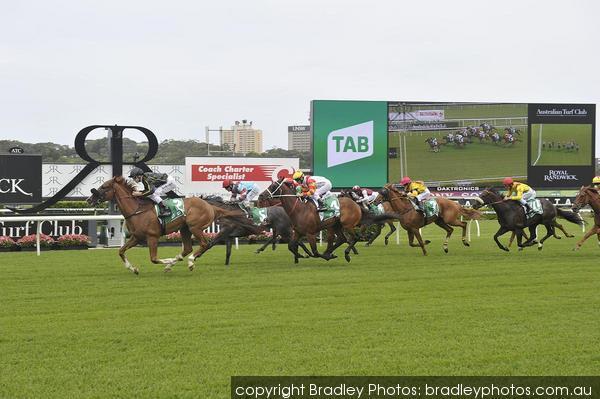 The Ron Quinton-trained Mr Scary ended a long sequence of placings when coming down the outside to claim his first metropolitan win in the TAB Rewards Handicap (2000m) at Randwick on Wednesday.
Mr Scary had finished in the placings on seven occasions since his last victory in April 2013 including a third behind the promising Any Day Will Do from the Guy Walter stable and a second behind the Chris Waller-trained Instrumentalist.
On Wednesday, Mr Scary put an end to a frustrating nine months for connections when tracking a wide path around the field on the turn before racing away down the outside.
Quinton admitted he was "worried” when Mr Scary's rider Josh Parr had the chestnut so far back but any doubts about the tactic were soon quashed as Parr began to improve quickly around the field nearing the 500-metre mark.
Mr Scary ($3.80 fav) defeated the Ken Lantry-trained Ambivalent ($11) by a length with the Chris Waller-trained Son Of Ross ($7) a long neck away in third.
Whilst the win was a welcome sight for Quinton, the astute trainer remained grounded about the five-year-old's future.
"He's an honest horse without being a superstar,” he said.
"It's lovely to break through with him, he won nicely today and the owners have been very patient after running second so many times.
Parr said it was his intention to ride Mr Scary back in the field so he could get the horse to relax as soon as possible.
"I wanted to put him to sleep as soon as I could and it worked out nice for me,” he said.
"We stayed out of trouble and I wanted to get away from the other horses which allowed us to build momentum.”
The market: Mr Scary drifted from $4 to $4.80 before firming back into $3.80 favouritism. Ambivalent eased from $8 to $11 whilst Son Of Ross also eased from $5 to $7. Outside the placegetters, His Footprint firmed from $8 into $7.50. The market closed at 111 percent.