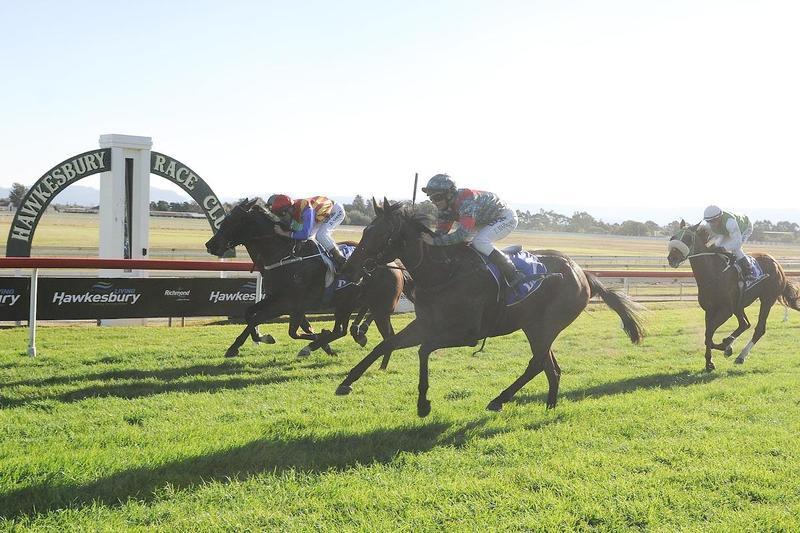 PROGRESSIVE filly Loulinda was able to make it back-to-back wins during the month of May despite going up in both weight and class when she took out the Pryda-Rivo Frame & Truss (1400m) at Hawkesbury last week.

The Ron Quinton-trained 3YO landed some good bets when she shed her maiden status on May 3 at Newcastle at the same time ushering in a temendous run of success for her jockey, boom apprentice Taylor Marshall.

Loulinda went up 3kgs from her winning weight at Newcastle and even with Marshall’s valuable claim was forced to carry 58kgs in her Hawkesbury Benchmark 60 mission. Despite the added degree of difficulty, Loulinda managed to fend off her rivals starting with odds-on favourite Pretty Uncanny ($1.75) with Was Meant To Be ($3.90) close up in third. ”Loulinda showed her fighting qualities to win on Thursday under her big weight,” Quinton said. ”She is a tough filly and it was great to win consecutive races with her and she was ridden a very sensible race by Taylor Marshall who is making the most of his good opportunities.”

Loulinda is a daughter the ill-fated Breeders’ Cup Juvenile winner, Warr Pass, who stood at Widden for only two seasons before a sad and premature demise. The Esplin family filly is an especially well-bred individual with signficant broodmare potential being a half-sister to Group 3 VRC Gilgai Stakes and STC Starlight Stakes winner, Fast ‘N’ Famous who stands alongside O’Reilly, Pins, Savabeel and Ocean Park on the Waikato Stud roster. Her first two dams, Zalinda and Alynda, are both stakeswinners while the family boasts Group 1 winners Hit The Roof, Turffontein and Penny Gem.

“She is out of a Zabeel mare whose mother (Alynda) who won the Group 1 Railway Stakes and was also a stakeswinner at a mile over in New Zealans so the (1200m) is the logical next step with her,” Quinton said.