Ron is banking on Monton securing a Doncaster Mile Start 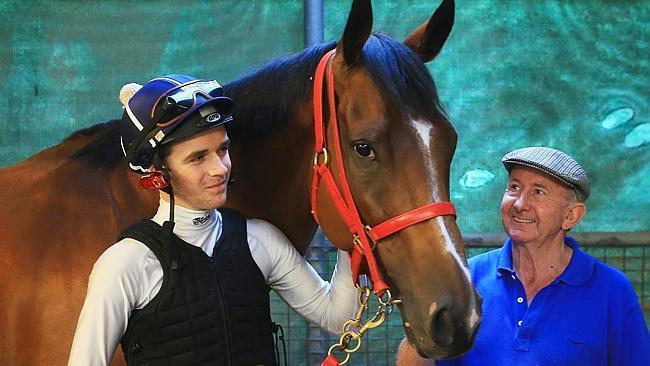 TRAINER Ron Quinton is banking on veteran Monton securing a Doncaster Mile start in the Group 2 Ajax Stakes at Rosehill Gardens on Saturday.

The Ajax winner is exempt from ballot for the Doncaster and also escapes a weight penalty. Monton currently has 52.5kg for $3 million race at Royal Randwick on April 12.

Quinton maintains rising eight-year-old Monton has never been going better, reeling off three wins in four starts before his fifth to Boban in the Chipping Norton Stakes last start.

“He was a touch unlucky at Warwick Farm,’’ Quinton said. “He would not have beaten Boban or It’s A Dundeel but he probably should have run at least fourth.

“The old horse is going well and he does like Rosehill.’’