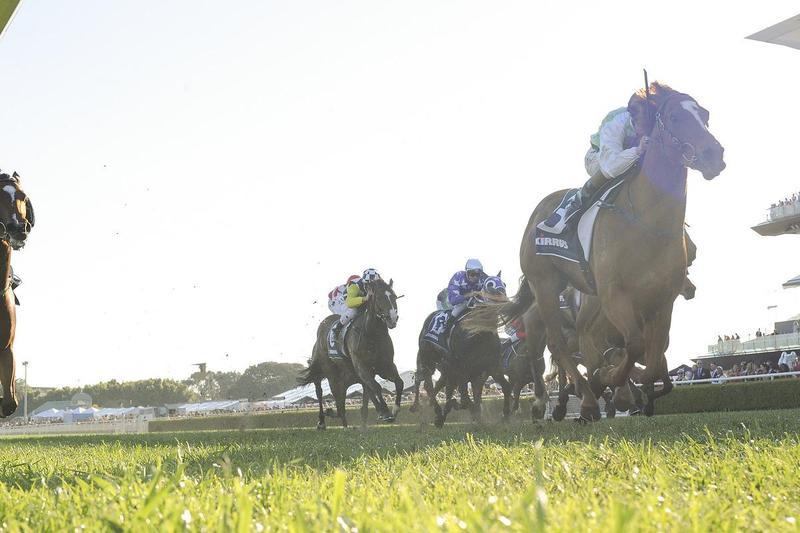 The son of Dubawi was having his 12th start on a slow or heavy rated track which coming into Saturday's contest had yielded the sole win with the 10 defeats being by a combined margin of 46-1/2 lengths.

Ironically, Boss Lane's only previous wet track victory came at Canterbury in the gelding's second career start back in June 2013.

"He won't go at Rosehill, doesn't matter what the track is, and he won't on the wet at Randwick,” Quinton said. "He goes here but.

"This horse is not a wet tracker – except at Canterbury.”

Clipperton revealed Quinton hatched a plan that the jockey said was the catalyst for the four-year-old gelding Boss Lane's fifth win at its 20th start.

"Ron said it looked a funny sort of race to map on paper so he said if you end up in front 'don't worry, this horse will probably appreciate it',” he said.

And appreciate it Boss Lane ($11) did, leading all the way to defeat the fast finishing Chris Waller-trained Kristy Lee ($5.50) by a neck with the $3.70 favourite Coolring 1-1/4 lengths away in third.

"It was great to get a double for Ron,” Clipperton said. "It's always special to ride a winner for Ron so this one was twice as special.”