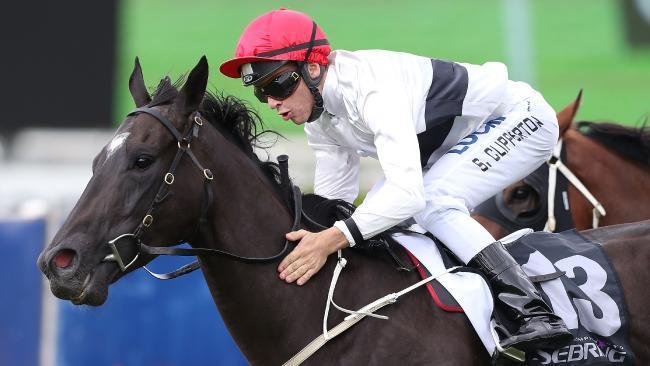 RON Quinton only has 17 boxes at Royal Randwick and to have two chances in stakes races tomorrow on his home track shows the former champion jockey is up there with the best in the training ranks.

As a jockey he won eight Sydney premierships, including six in succession, and holds the record of four Golden Slipper wins with Shane Dye.

The Hall Of Fame rider travelled to the other side of the world in the late 1980s and booted home Petite Ile in the ’89 Irish St Leger — a race won by Vintage Crop in 1993 before he became the first European-trained horse to win the Melbourne Cup. Within 24 hours of hanging up the pigskin, Quinton had started life as a trainer and has bagged three Group 1 victories and has consistently been in the top 20 trainers in Sydney despite his small team.

Peeping resumes in the Group 3 Triscay Stakes (1200m) on Saturday and could prove one of Quinton’s big guns this autumn. The four-year-old daughter of super sire Redoute’s Choice is loaded with ability but has taken time ­to mature, according to her trainer.

She had a relatively light spring with just four starts but managed to get the cash twice.

“She did her job in the spring and deserved a break,” Quinton said. “The temptation was there to send her to Melbourne but I wanted her in good order for the autumn. And I reckon we’ve pulled the right rein because she’s never spelled better.”

Peeping has had just one trial ahead of her return, finishing second to split Harlem River and Kimberley Star, who worked the house down at Randwick on Tuesday morning.

Quinton believes the theory of horses needing two trials to perform first-up is “incorrect” and said as a trainer you have to assess your horses as a case-by-case analysis.

“She’s only a lightly framed girl that doesn’t need two trials to get fit,” he said. “I’m more worried about her carrying 59kg than anything but we’ve got no option because we’re heading to the Guy Walter Stakes in a fortnight.”

From there Peeping will attempt to give Quinton his second win in the Group 1 Coolmore Classic (1500m) after winning the feature in 2012 with Ofcourseican.

“He came back to the 1000m last time and was pretty impressive, I thought,” he said. “He’s flying, hasn’t run a bad race this time in, is fit and has drawn perfectly. He needs to be in good form because this is another step up in grade but you can’t duck and weave forever.”